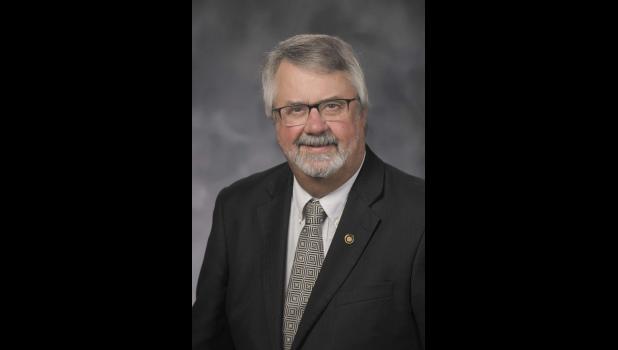 JEFFERSON CITY, Mo – The House worked hard to have a productive week in preparation for Legislative Spring Break. Legislators use this break time to return to our districts to conduct business, visit with constituents, and accomplish tasks that can’t be done while we are out of town in Jefferson City. We are currently at the mid-way point for the 2021 Session, and have focused on important issues like Second Amendment rights, preventing the abuse of burdensome government mandates, and supporting Missouri’s agriculture industry. This week we specifically focused on online sale taxes (known as the Wayfair Tax) and initiative petition reform.

House Bill 554 was approved in an effort to level the playing field for small businesses who are trying to compete with their online counterparts. This bill would allow the state to collect use tax on items purchased over the Internet; however, the state would balance this new tax collection by cutting personal income tax for Missourians. It would also reduce Missouri’s top income tax rate from 5.4% to 5.3%. Based on previous legislation passed by the General Assembly, that tax rate could continue to drop as low as 5% if revenues continue to grow at a healthy rate. This bill is especially significant now, as many of Missouri’s small businesses turned to Internet sales in an effort to keep their doors open during the COVID-19 pandemic.

The House also approved House Joint Resolutions 20, 2, 9, and 27. This constitutional amendment gives citizens the option to vote on ballot language that would reform the initiative petition process. The language still supports the right of Missourians to petition their government, while also aligning the state’s initiative petition process with the United States Constitution. If approved by voters, this amendment would require a two-thirds majority vote at the ballot to change the Missouri Constitution. This puts the decision in the hands of Missouri voters, who can determine if they support the change or not. I believe that our process needs to be reformed to prevent out of state influencers and special interest groups from altering our constitution.

As always, it’s an honor and pleasure to serve you. Please feel free to contact my office if I can ever be of assistance by calling 573-751-0246.