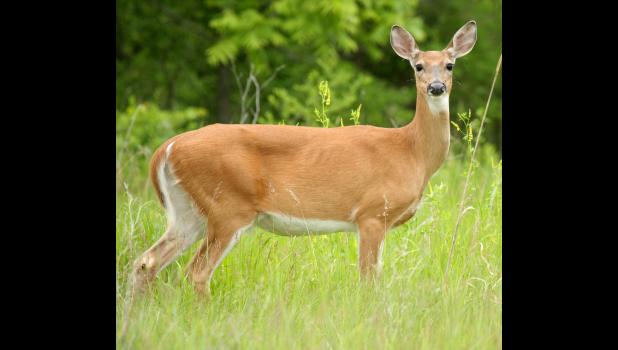 Missouri's archery deer and turkey season has opened on the 15th of September for enough years now that it almost feels normal. The season traditionally opened on the first of October, until the decision was made to add 15 days on the front end of the season in an effort to harvest more antlerless deer and provide more opportunity for hunters.  The doe harvest that happens during the last two weeks of September helps control deer numbers at a time when hunters are not hesitant to shoot them.

Bucks have begun rubbing the velvet off their antlers and I have seen several deer that have the their brown fall coat in place, so it's almost time to head back to the woods.

Archery hunters will not notice any major changes in the deer and turkey hunting regulations for 2022.  A summary of what's new for 2022 is listed in bullet points on the back page.  The changes are primarily CWD or antler restriction changes in individual counties.  This years archer deer and turkey season will close January 15 as usual and will be closed during the November firearms deer season, Nov 13-23, as well.

Hunters can take two turkeys of either sex by archery methods and both can be taken on the same day.  Good luck with that.  Hunters should note that archers may take two deer of either sex, but only one antlered deer may be taken before November 13th.

Information about the Missouri Elk hunting season and the inaugural bear hunting season is not included in this pamphlet, which is 4 pages shorter than a year ago. Time to get your gear together and wash your camouflage, another season is upon us.