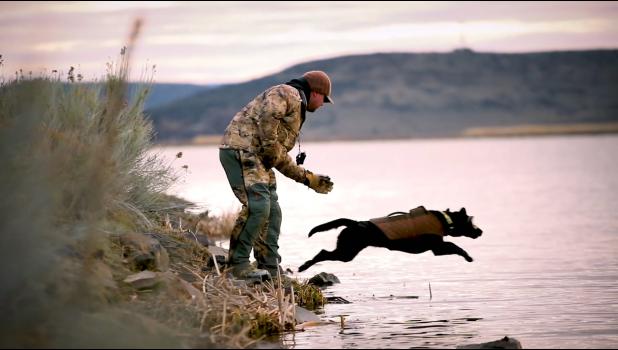 The Outdoor Journal by Kyle Carroll

Yes, you read that correctly.  Extremists in Oregon are circulating a petition that would make hunting, fishing and most farm operations illegal in that state.  Even for Oregon, that's pretty crazy. We used to explain in our hunter education classes that hunting and fishing  are privileges that should not be taken for granted.  We used the generalized figures that indicated about 10% of the United States population hunted, ( and pays for the lions share of conservation), while about 10% were opposed to hunting. The 80% in the middle who don't care either way were the ones that wouldn't tolerate bad behavior in the 10% that did.  The battle for that non participants opinion has been on going.  In Oregon, It's now a high stakes political struggle.

According to  Cody McLaughlin  in the NRA's Hunters Leadership Forum, “Big stakes have hit the initiative petition process in Oregon after a controversial measure to criminalize hunting, fishing and other activities moved into the signature-gathering phase. If it makes it onto the November 2022 ballot and passes, Initiative Petition (IP) 13—known as the “Abuse, Neglect and Assault Exemption Modification and Improvement Act to amend Chapter 167 of the Oregon Revised Statutes”—would ban and criminalize all hunting, fishing, trapping and regulated animal husbandry and farming practices under the state’s animal cruelty laws. The lone exception: self-defense against an animal presenting an “apparent threat of immediate violence.”

The activities IP 13 would prohibit include:

·    The handling of livestock being transported by owner or common carrier

·    The killing of livestock according to the provisions of ORS 603.065 (slaughter methods)

The Bill is being slammed in the papers and coffee shops around the state, but it has to be taken seriously.  It's know as IP13 and there are people working to get in on the ballot everyday.

McLaughlin says, “This petition should be a wake-up call to all hunters, fishermen, trappers, farmers, veterinarians, members of the public who enjoy a steak, dairy products, eggs or fish or really any Oregonian with common sense. This initiative is real. If it is not stopped before the ballot, Oregonians had better be registered to vote as their lifestyle, and in some cases livelihoods, will depend on defeating it next November.”