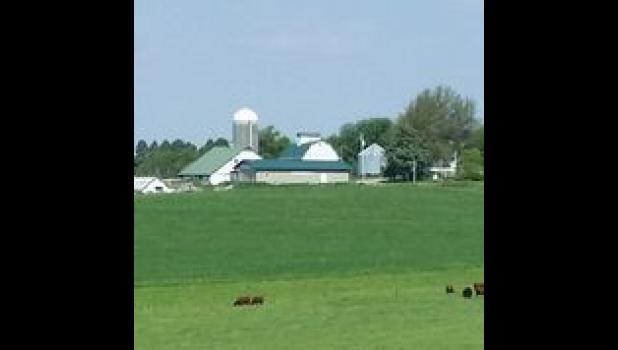 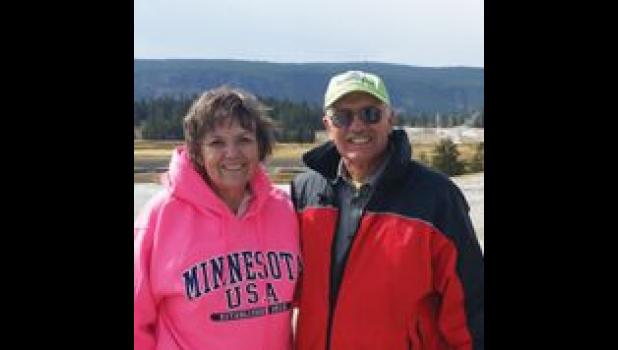 SPRING VALLEY, WI –The Rosmanns of Rosmann Family Farms near Harlan, Iowa, will be honored Feb. 22 as the 2018 Organic Farmers of the Year at the annual MOSES Organic Farming Conference in La Crosse, Wis.

This prestigious award recognizes Midwest farmers for outstanding land management, innovative farming practices, and the outreach they do to teach others how organic farming works. Fellow farmers nominate candidates, and the winner is chosen by the board of the Midwest Organic & Sustainable Education Service (MOSES). MOSES organizes the annual conference, the country’s largest event focused on organic and sustainable farming practices. This is the 16th year for the award.

Ron and Maria Rosmann run Rosmann Family Farms along with their sons, David and Daniel, and Daniel’s wife, Ellen. Their third son, Mark, stays involved, but works in Washington D.C. for the USDA Foreign Agricultural Service. David’s wife, Dr. Rebecka Tompkins Rosmann, is a psychologist at Creighton University’s Center for Health and Counseling in Omaha.

The farm has been certified organic since 1994. But, the Rosmanns began growing organically in the 1980s—even before there was a USDA Organic label or market—because they believed it was better for the land, their livestock, and their family and community.

Because organic wasn't the norm back then, they had to learn for themselves which practices worked well in an organic system. They partnered with researchers at Iowa State University and, over the years, have conducted more than 40 on-farm research trials. Projects examined ridge tilling, cover cropping, swine feeding, organic flax production, manure rates, and more. By doing on-farm research “you have the numbers, real evidence for farmers to look at,” Ron explained. “How else can you understand what really works on your own farm?”

The Rosmanns grow their crops in 5-, 6-, and 7-year rotations using ridge tillage within row crops whenever possible. They have planted trees on terraced fields to promote soil health and enhance wildlife habitat. They also employ cover crops, grass waterways, and buffer strips to improve soil and water quality.

Livestock is integral to the farm’s eco­nomic and soil health. They feed the cows and hogs the cover crops and crops that can’t be sold, using the livestock manure to fertilize fields. They also graze cattle within the crop rotations. They move the cattle according to plant growth stages and recovery periods. They manage hogs in a deep-bedding system that provides access to the outdoors.

The Rosmanns have lobbied at federal and state levels for organic research support. They have also campaigned against antibi­otic overuse in U.S. livestock production.

Over the years, Ron, Maria, and their sons have made hundreds of presentations to share what they’ve learned, describe the challenges, and to build support for organic agriculture. They have hosted more than 35 fields days on their farm, and dozens of small groups tour the farm every year. Visitors have come from across the country and as far away as Japan and China.

Recognizing that rural areas can be “food deserts” even amidst a sea of crops, the Rosmanns created several enterprises to “feed their own community.” Maria operates a retail store on the farm, called “Farm Sweet Farm.” The store features products from Rosmann Family Farms and other local farms, as well as fair-trade coffee, chocolate, spices, and crafts. Daniel and Ellen own Milk and Honey, a restaurant in Harlan that serves local, organic fare. They also have a distribution business called Farm Table Procurement and Delivery, which buys local produce, milk, meats, and other products for resale to urban restaurants and stores.

The Organic Farmer of the Year award is a project of MOSES, which is a nonprofit organization that promotes o­­­rganic and sustainable agriculture by providing farmers with education, resources, and practical advice. For more information, see mosesorganic.org.