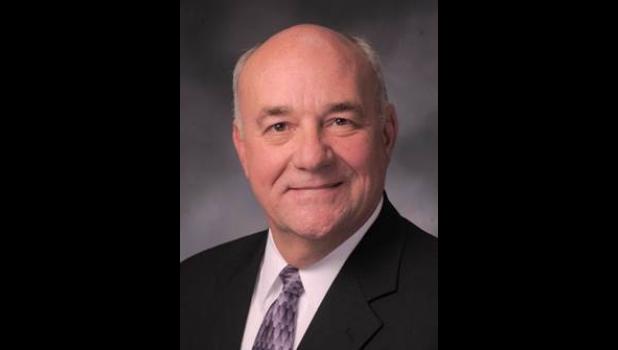 The Missouri House gave final approval this week to legislation that will enact a statewide regulatory framework to allow transportation network companies to expand and create jobs across the state. Under the bill that is now headed to the governor, ridesharing companies like Uber and Lyft will soon be able to expand beyond the handful of Missouri cities where they currently operate.

The legislation is one of the priorities of Missouri House Speaker Todd Richardson, who called on his colleagues to pass the bill during his Opening Day Address in January. The Speaker said it is important to create a regulatory framework that will allow private enterprise to thrive in a free market.

“This is a piece of legislation that will create thousands of jobs here in Missouri, and that will provide Missourians with a service they want and need. As we said at the start of this session, we want to create a regulatory environment that is not overly burdensome that will allow businesses to succeed and grow here in our state. This will end the patchwork of regulations from city to city and instead give ridesharing companies a consistent framework to operate within,” said the Speaker, who noted that Uber plans to create 10,000 jobs in the next year if the bill is passed into law.

Currently, Uber operates only in Kansas City, St. Louis, Columbia, and Springfield. Lyft offers services in Springfield. The bill approved by the legislature will allow the companies to expand beyond municipalities that have passed their own ordinances governing ridesharing. House Bill 130 would establish criteria for fare charges and customer receipts. It would also require local and national criminal background checks for drivers; inspections for vehicles; and an annual registration fee of $5,000. Additionally, the bill would exempt transportation network companies from local or municipal taxes.

If it is signed by the governor, the bill will take effect as law on August 28.

The bill’s sponsor refers to the legislation as “Bailey and Cody’s law” for two overdose victims whose parents believe that having such a law in place could have saved their children’s lives.

Supporters say the bill would help reduce the number of drug and alcohol related overdoses if people are not afraid of getting in trouble if they call for help for themselves or others.

Those opposing the bill say that providing immunity to those with a substance abuse problem takes away the opportunity to get them into a treatment program that can provide help.

The sponsor of the bill said that similar legislation in other states and local areas has proven to save lives, particularly when working in conjunction with bills that allow first responders or friends and loved ones to have and administer naloxone – a drug that counteracts overdoses to opioids, including heroin. Missouri in 2014 and 2016 enacted such laws.

The Alcohol and Tobacco Tax and Trade Bureau approved a powdered alcohol product in 2015. The dried form of alcohol can be mixed with water to create liquid alcohol and comes in flavors such as rum, vodka, and cosmopolitan. More than 30 states responded by banning the sale of powdered alcohol.

Last year, the Missouri House approved a bill to join these states by enacting an outright ban on powdered alcohol. The legislation received bipartisan support in the House, but failed to secure final passage in the Senate before the legislative session concluded. The legislation proposed this session seeks to regulate the substance in the same way as beer and wine rather than ban it.

Opening the Door for the Industrial Hemp Industry (HB 170)

House members hope to give Missouri farmers a chance to enter a new market. The House passed a bill this week that would legalize the growing of industrial hemp in Missouri.

Hemp is a variety of the Cannabis sativa plant with a low concentration of THC, which is the psychoactive component found in marijuana. It can be used in a wide range of products, including fibers, textiles, paper, construction and insulation materials, cosmetic products, animal feed, food, and beverages. It is used in more than 25,000 products spanning nine markets: agriculture, textiles, recycling, automotive, furniture, food/nutrition/beverages, paper, construction materials and personal care. According to the National Conference of State Legislatures, at least 16 states have legalized industrial hemp production for commercial purposes and 20 states have passed laws allowing research and pilot programs.

The legislation approved by the House this week would allow the Department of Agriculture to issue a permit to growers who pass a background check, have not been found guilty of a felony in the previous ten years, and have never been convicted of a drug-related offense.  The Department could also inspect growers and handlers for compliance, and inspect crops to make sure nothing illegal is being grown.

Supporters say that industrial hemp is used in many goods manufactured in Missouri, but manufacturers must import the hemp from other states and countries. They say the bill could be a boon for farmers, and bring new business to the state. They point out that Missouri was one of the largest producers of industrial hemp in the nation before federal law made it illegal to grow. They also say the bill is in no way related to attempts to legalize marijuana. They point out that the THC levels in industrial hemp are lower than the level to be classified as a narcotic.

Those who oppose the bill say that hemp is still illegal at the federal level. They say if Missouri passes the bill it could force law enforcement officers to choose between enforcing contradicting laws. They also point out that the federal Farm Bill only allows for industrial hemp production by institutions of education or state departments of agriculture for research purposes.

Responsible adults would be able to ride their motorcycles without a helmet under legislation approved by the Missouri House this week.

Current law requires that all motorcycle riders wear protective headgear while the vehicle is in motion. The bill approved by the House would modify this requirement to apply only to individuals under 21 years of age. Individuals 21 and older would be able to ride a motorcycle without a helmet as long as they have completed a motorcycle safety education course or have possessed a motorcycle license for at least two years, and are covered by a health insurance policy.

Supporters say the change is about giving Missourians the right to decide if they want to wear a helmet without government interference. They say that helmets do not save lives, but are designed to reduce injury. They say the state should stress accident-avoidance techniques rather than helmet use.

Opponents of the change say that helmets are the most effective means of preventing injuries. They note that Florida passed a similar bill only to see the number of serious, nonfatal, motorcycle-related injuries increased by 32 percent.

The bill now moves to the Senate for consideration. Similar bills have been approved by the House in recent sessions, but failed to secure final passage in the Senate before the legislative session concluded.

Protecting Missourians from the Dangers of Human Trafficking (HB 261)

Missourians would be better aware of the dangers of human trafficking under legislation given approval by the House this week. House members approved a bill that would require various establishments in Missouri to display a poster that provides information regarding the National Human Trafficking Resource Center Hotline.

Under the bill, the poster would have to be displayed near the entrance of establishments such as hotels or motels that have been cited as a public nuisance for prostitution, strip clubs or other sexually-oriented businesses, private clubs that have a liquor permit, women’s health centers, bus stations, train stations, airports, emergency rooms, and urgent care centers.

The poster would contain the following information:

“If you or someone you know is being forced to engage in any activity and cannot leave – whether it is commercial sex, housework, farm work, or any other activity – call the National Human Trafficking Resource Center Hotline at 1-888-373-7888 or text 233733 (BEFREE) or visit the following website: www.traffickingresourcecenter.org to access help and services. Victims of human trafficking are protected under U.S. and Missouri law.

The toll-free hotline is:

·   Operated by a non-profit, non-governmental organization

Supporters of the bill say the posters are an important tool to raise awareness by providing access to information for victims and those who might observe human trafficking. They say this will give victims the ability to reach out through a website, a hotline, and a phone number, which they can text or call. They noted that many other states already encourage or mandate that similar posters be displayed.

Lawmakers and staff wore blue and green at the State Capitol this week in an effort to promote organ donation. The event is part of the annual National Donate Life Blue and Green Day to encourage Missourians to register as organ, eye, and tissue donors.

According to Donate Life America, 95 percent of Americans are in favor of being a donor, but only 54 percent are registered. Across the nation, approximately 118,000 men, women, and children currently await lifesaving organ transplants. Roughly 8,000 deaths occur each year because organs are not donated in time. Just one person registering as a donor has the potential to save up to 8 lives.

During this week’s event at the State Capitol, more than 75 family members representing 28 donors were in attendance to promote organ donation. They were presented with an official House Resolution in the House Chamber, and House members paused for a moment of silence in honor of the lifesaving efforts made by organ donors.

House members also moved to support organ donation in Missouri by giving approval to a bill that would continue the organ donor program fund tax checkoff on state income tax returns. The checkoff is set to expire on December 31, 2017. The bill approved by the House would remove the sunset entirely and allow the checkoff to continue indefinitely. Supporters say the checkoff has been very successful, along with the driver’s license donations, Employee Charitable Campaign, and direct donations in funding the Organ and Tissue Donor Program.

As always, please do not hesitate to call or write me anytime with your questions or thoughts on this or any other issue. My Capitol office is 573.751.0246 and my email is jim.neely@house.mo.gov .  Thank you for the honor to serve as your Representative in the Missouri House of Representatives.

Working on your behalf,