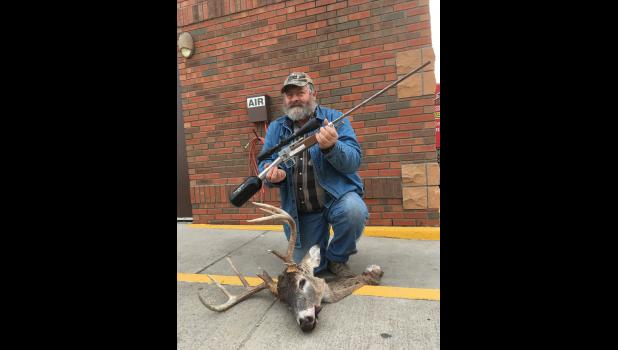 after the Council was Over we Shot the air guns  which astonished them much, the[y] then Departed and we rested Secure all night,..” William Clark , October 10, 1804. Arikara Villages in today’s North Dakota.

Air guns have been around for a long time as we can see from this entry in William Clark's Journal during the Voyage of Discovery's upriver trip in 1804.  According to Gary Moulton's edition of the Journals, this was the only indication in any of the volumes that indicated their might be more than one air rifle on the expedition. It would make sense that maybe there were more than one.  The guns looked very similar to other long guns of the era except for the butt stock , which was made of metal. The gun butt crewed off the stock, I plunger type device was then used to pump the cavity in the metal stock up with air. Once re-attached to the rifle, it could be fired several times with out re-pumping.  This was pretty amazing for its day. The gun was plenty powerful and apparently had a fairly load report because there is at least one instance where it was fired repeatedly for a lost hunter to hear.

I was reminded of the air guns significance in history a year or so ago when I ran into an old high school class mate, Dale Feese,  at Caseys.  In our conversation I learned that Dale had built an air gun and actually killed a nice buck with it. Dale, always mechanically inclined, had even included a rail on the top of his rifle so that a scope could be mounted on it.  Quite a feat, building the gun and killing a nice deer with it. Air rifles are legal to use during Missouri's Firearms deer season.   Hat tip to the ingenuity of Dale Feese, and all the self sufficient Americans here in fly over country.