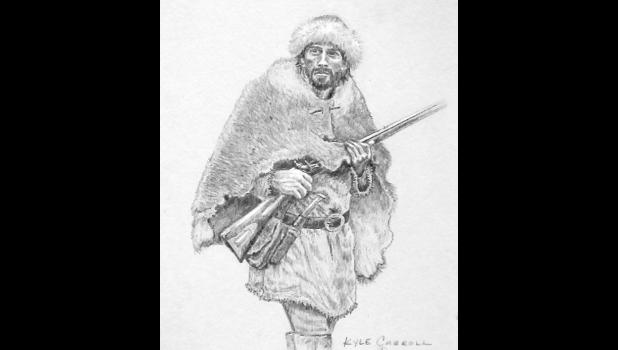 Down To The Wire

There were 36 days of some sort of firearms deer hunting available to deer hunters during the 2021-2022 deer hunting seasons. We are down to the last few of them this week. The Muzzleloader deer season, ( officially referred to as the alternative methods season in the Wildlife Code) opened Christmas Day.  Kind of a busy time to open a deer season but that's when it's on the calendar. It runs through January 4th. That will mark the end of the opportunity to harvest a deer with a firearm for this season.

The Muzzleloader season originated in Missouri as a separate season from the traditional November gun season. Hunters had to decide what tag they wanted, muzzleloader or firearms, and then they were restricted to that method for the entire season. In other words, if you wanted to hunt in the muzzlelaoder season, you had to buy a muzzleloader tag and you could not hunt with a modern firearm anytime durring that year. For the hunters wanting to hunt with a more historical weapon in their own season, the tag was popular, but it was not around for long.  Eventually, the liberalization of all the deer regulations led the Conservation Commission to combine handguns, atlatls and muzzlelaoders in to one season at the end of the year.  So now, the most challenging methods of hunting deer other than archery are allowed after deer have experienced days and days of hunting pressure and after all the trees are bare and the weather can be much colder. I'm not sure what the other options are for the folks setting the seasons, but I know that if you kill a deer in January with an atlatl you've accomplished a rare feat.

Hunting with a muzzleloader, wheather it's a flintlock like the first pioneers carried into the woods in Missouri or a modern inline type gun, still carries a little added nostalgia. It's hard to not think of what it was like for the first Europeans or Indians hunting with those same weapons obtained in trade.  Whatever type of weapon you choose to head to the deer woods with, you are sharing an experience that the hunters from other centuries experienced. That's always a good enough excuse for me to head to the woods.