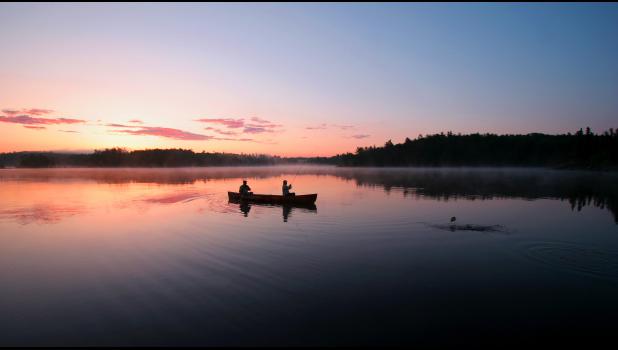 If you were asked, “What is the most visited Wilderness Area in the United States?” What would your answer be? The Boundary Waters Canoe Area Wilderness in northern Minnesota would be the correct answer.

For the past several years, a major threat has loomed over the clear wild waters of the north country. A subsidiary of a mining company from Chile had been making efforts to open a major copper-nickel mining operation next to the BWCA.

According to Senior Deputy Editor, Natalie Krebs who wrote about the boundary waters and the mining companies interest in the area in her Jan 2018 article in Outdoor life;

“The oldest rocks in the (boundary waters )wilderness formed 2.7 billion years ago, which also makes them some of the oldest specimens in North America. The epicenter of a more modern matter lies embedded in the area’s younger rocks. The Duluth complex a billion-year-old mass of once-molten rock, now covers the eastern half of the BWCA, stretching north from Duluth to Canada, west to the town of Ely, and east along Lake Superior. “

Located below it's surface, lie some 4 billion tons of copper, nickel, and precious metals.  “This mother lode is the second-largest known copper deposit and the third-largest known nickel deposit in the world, according to MiningMinnesota.com. Trouble is, all that buried treasure is contained in rock that also contains sulfides. And while Minnesota is acclaimed for its taconite and iron-ore mines, copper-nickel sulfide mining has never been tried in the state.”

The Outdoor life reports, “The proposed mine has been contentious for years, with outdoorsmen, conservationists, and outdoor recreationists lining up in opposition, while local politicians and mining groups rally in support of the project. Opponents of the mine argue that copper-nickel mines like the one proposed are notorious for pollution.”

In 2016, the Obama administration decided not to renew the mining company's leases. In 2018, the Trump administrator renewed the permit for Twin Metals, a subsidiary of Chilean mining giant Antofagasta. Now, the Biden administration has withdrawn the leases and in October announced that it’s seeking a 20-year moratorium on mining in 200,000 acres of federal land adjacent to the Boundary Waters effectively killing the project.

Back Country Hunters and Anglers, the Theodore Roosevelt Conservation Partnership Sportsman for the Boundary Waters all issued statements in support of the decision, a pro-mining coalition of business and labor group,  Jobs for Minnesota, described the decision as an attack on North East Minnesota.