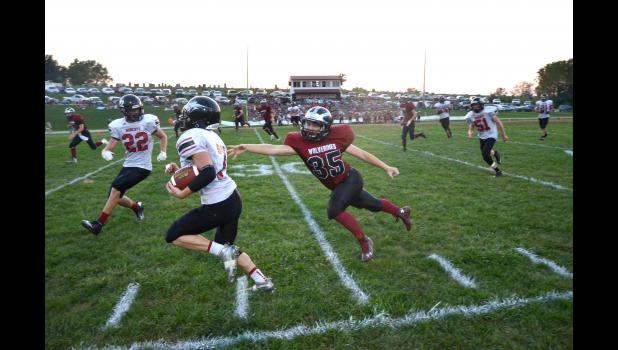 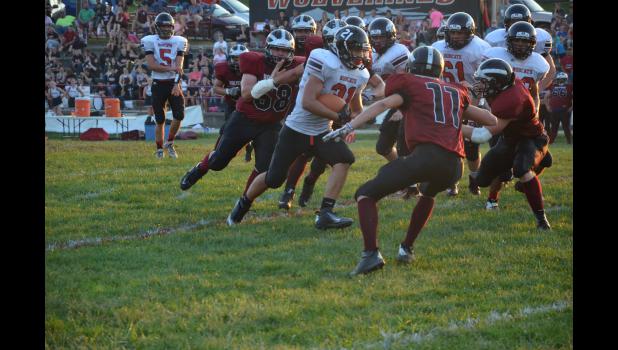 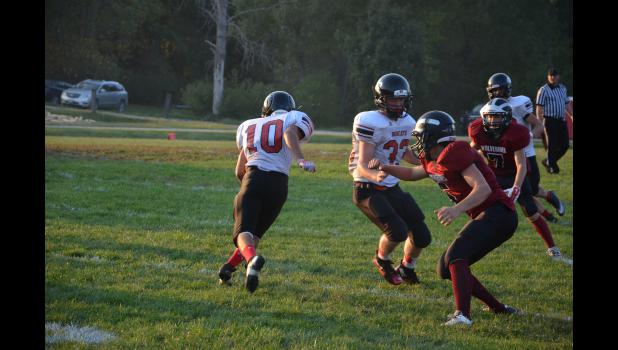 Braymer Traveled to Maysville Friday night to face the Wolverines. The Bobcats unfortunately came out on the bottom of the match-up 30-12.

The air was heavy and the temps were in the 90's to start the game. This surely had some bearing on this game. The Bobcats, with low numbers, have to play most of the game, but what the Bobcats lack in quantity on their side, they don't lack in quality. The Bobcats fought hard to the end of the game and made the crowd very proud.

The Bobcats got the ball to start the game and had to punt. It seemed like it was gonna be that kind of game, because the Wolverines had to do the same thing on their 1st possession. The Bobcats showed the Wolverines they had come to play when Phillips passes to Hall to get down to the 25 yard line. O'Dell ran the ball in for the first touchdown. The Cats went up 6 to 0. The next scoring run came as a result of a 32 yard interception by J. Dudley to get the Bobcats down to the 10. Hall had a one-handed grab in the end zone to put the Bobcats up 12 to 0. The Wolverines answered with a 55 yard touchdown reception. The 2 point conversion was good. The Bobcats had to punt and the Wolverines were able to once again convert this to a touchdown and 2. Braymer then gave the ball back on downs. There was a pass interference call and a roughing the passer call, so Maysville was right back in scoring territory.

At half the Bobcats were down 24 to 12. Maysville scored again with a little over 3 minutes in the 3rd quarter. After that the defenses battled back and forth. Phillips threw for 85 yards, connecting with Hall for 56. Shoe had 17 receiving yards, followed closely by O'Dell with 14. Dudley had 5 and Atherton had 1. O'Dell connected with a pass for 5 yards. O'Dell led the rushing yards with 73 and Atherton had 13. The tackle leader was sophomore J. Gates with 13, R. Atherton had 8, O'Dell and Parker had 7, Dudley, Hall and McElwee with 5, McCulley with 4, Ryals and Hedrick with 3, Phillips with 2 and Shoe and Jeffers with 1.

Friday night is Homecoming. Let's show the boys some spirit and come on out to cheer them on to a victory. Good luck on Friday Bobcats!