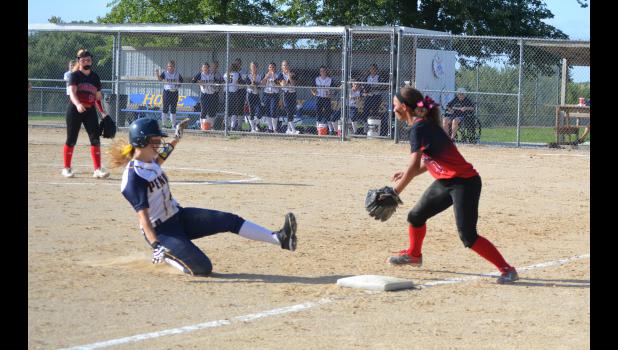 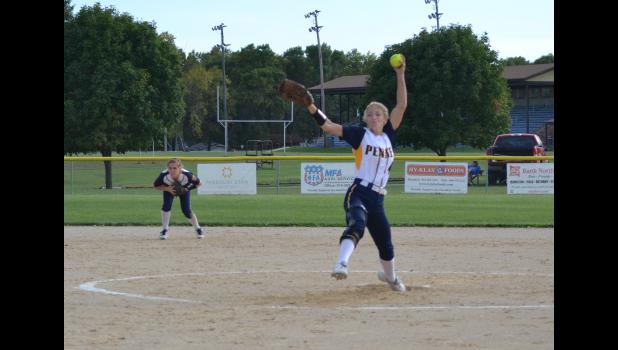 The Lady Hornets scored 2 runs in the home half of the first when Lyndi Heldenbrand reached on an error, Prothero singled to right field, Georgia Gibler singled to left, and Kersten Crawford had a bunt single.

The top of the 2nd saw two good defensive plays by the Hornets to keep the Tigers off the board when pitcher Sydney Bottorff caught a short pop-up behind the mound, and Prothero did the same from her shortstop position. Penney scored another run in the 2nd after 2 outs. Alexx Angle doubled to short left field, Heldenbrand reached on an error, and Prothero singled to right.

The top of the 3rd began with a strike out, before the next Plattsburg batter singled to right. The 3rd batter in the inning struck out, but the next batter singled to left. That is when Prothero made a great defensive play by diving for the batted ball headed for center field near second base and sliding into the bag for a force out to end the scoring threat.

Kersten Crawford led off the home half of the 3rd with a single to short center field. After a fly out to shortstop, Halee Orr singled to right center and Sarah Hartley drove in a run with a bunt single. After a sacrifice by Mati Park, Alexx Angle lays down a bunt single for another RBI giving Hamilton a 5-0 lead after 3 innings.

The Tigers cut into the Hornet lead with 2 runs in the top of the 4th. Penney scored a loan run in the bottom of the inning when Prothero reached first base on a bunt single, and stole second. With 2 out, Bottorff singled to right center driving in Prothero. Hamilton scored their final run of the contest in the bottom of the 6th. Geogia Gibler led off with a single to center and Murphy Park entered the game to run for Gibler. Kersten Crawford reached first on an infield single ahead of a sacrifice by Bottorff. Halee Orr drove in Park with a successful sacrifice.

Bottorff pitched 7 innings, striking out 5 and throwing 18 first pitch strikes. Prothero and Crawford led the Hornets with 3 hits each followed by 2 each for Gibler and Orr. Alexx Angle doubled for the only extra base hit for Hamilton. Heldenbrand, Sarah Hartley, and Bottorff each singled in the game.